Post-Traumatic Stress Disorder (PTSD) which is defined as an anxiety disorder which is characterized by reliving a psychologically traumatic event, long after any physical danger involved has passed, through flashbacks and nightmares. They are among the most common of mental illness problems.

Studies conducted in Asian populations have found that patients with anxiety and depression reported to have more dry eye symptoms when compared to a control group.1 When a geriatric Korean population was studied, the depression scores were correlated with dry eye symptoms, but not with clinical signs.2 (Complain about symptoms but actualy dry eye measurements do not indicate the extent of the severity).  Additionally, another clinical study showed a greater prevalence of dry eye symptoms and clinical measurements (clinical signs of dry eye) in Chinese individuals with depression and anxiety disorders.3

These studies indicate complaining about dry eye symptoms seem to be directly related to the extent of mental illness, not the clinical disease.  The current research study is trying to evaluate if this is true.

This current research study focuses on veterans with PTSD and depression and it's impact on dry eye symptoms and clinical signs. This study was done in Western population, in contrast to the studies mentioned previously. Patients were recruited from the Miami Veterans Affairs Eye Clinic. The authors compared dry eye symptoms using the Dry Eye Questionnaire 5 [DEQ5] to tear film indicators obtained by clinical examination.  DEQ5 measures how severe the symptoms are based on what the individual experience.
The results showed that the DEQ5 scores were higher in the PTSD and depression sub-groups compared to the control group without mental illness. A higher number of patients in the PTSD and depression groups had severe dry eye symptoms and showed a DEQ5 score of ≥12. No significant differences in tear film tests and MGD evaluation were found among the three groups which is similar to some of the Asian studies. However, statistical analysis indicated that a PTSD diagnosis and use of certain medication (selective serotonin reuptake inhibitors) were significantly associated with severe symptoms of dryness.

Another words, if they are on drugs, the symptoms seem to be more severe.

This study suggests that the dry eye symptoms noted in veterans should be carefully evaluated as it involves different factors and extends beyond tear dysfunction.

TheraLife provide customer support to customers while they maybe going to emotional trauma to recover.  TheraLife Eye restores the vitality of tear secretion glands to overcome the clinical signs of dry eyes.  Get your life back on track today.

Learn more
Watch a video
Shop now.  scroll down to see all the selectons.

How to diagnose dry eyes with meibomian gland dysfunction?


Assessment of the Meibomian Glands

The first observable change is an increase in the viscosity of the meibum, which makes expressing the glands more difficult. As meibomian gland dysfunction progresses, the meibum also becomes increasingly opaque. At this stage, the meibum is still relatively thin—although not as thin as in the healthy eye—but it now appears cloudy rather than clear .

As meibomian gland dysfunction progresses, granule-like clumps begin to appear in the meibum, and eventually the meibum becomes so viscous that it is the consistency of paste. At this stage, one can still express the glands by pressing on the eyelids, but the secretions come out as a solid lumps rather than a liquid.

In addition to changes in the consistency and appearance of the meibum, the appearance of the glands themselves can indicate meibomian gland dysfunction. Look for signs of inflammation along the eyelid margin—either swelling of the lid margin or small dilated blood vessels close to the surface.


Alwasy check for facial rosacea during the exam because meibomian gland disease is more common in people with rosacea and sebaceous gland dysfunction.

Note:  Meibhomian Gland Dysfunction in dry eyes are difficult to treat because clogging of the meibomian glands tend to recur.  Keeping the glands open using hot compresses is key to success.

How TheraLife Can Help?
TheraLife Eye is formulated with strong anti-inflammatory ingredients and restore normal functions to your tear secretion glands to get balnaced, sustainable tears. .  It is the only formula that scientifically focuses on intra-cellular restoration.

Learn more
Watch a Video
Shop Now.  Scroll down to see all the selections. 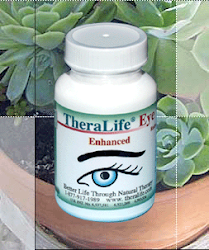